The INSELHOTEL Potsdam – one of the best congress and wellness hotels at a unique location in Potsdam.

BEST PRICE: Book with us directly and
save €10 per day plus get a special gift!

The perfect gift for your loved ones:

Our tip: The INSELHOTEL Potsdam Voucher - the perfect gift for special people!

… Pomp and glory of Potsdam

Potsdam – the former imposing residence just outside of Berlin is today a modern state capital, university and science city, city of palaces, gardens and parks, sports and film city and more …
Many celebrities of the past, but also of the presence imprinted and characterize the spirit of this 1000 year old city.
They include, for example, the numerous Prussian kings, Peter-Joseph Lenné, Marlene Dietrich, Curd Jürgens, Albert Einstein, Albert Schweitzer and the TV-presenter Günther Jauch and the entrepreneur Wolfgang Joop and Hasso Plattner (SAP).

… a carpet manufacturer gave the island a name

Clara and Hermann Hoffbauer been carpet manufacturers. Their marriage remained childless and so they had time and opportunities to make long journeys. On one of her trips to Africa they fell both very ill. Her greatest wish was fulfilled to be able to return healthy to Germany, and henceforth both turned charitable tasks. They founded the Hoffbauer Foundation.

When the foundation was founded in 1901, it was one of the largest private charitable foundations with evangelical spirit in Germany.

On 30th of June 1901, the foundation of their provision was passed for the purpose of education of orphan and half-orphan girls from middle-class homes and received the rights of an independent parish.

Currently still a few Deaconess live on this island.

Today, the Foundation supports educational institutions, among others the Evangelical school with a boarding school, and maintains facilities for fulfilling diaconal tasks in the areas of elderly care, disability assistance and youth welfare. It is a church foundation and a member of the Social Service Agency.

The INSELHOTEL Potsdam with its unique location on the Havel Island named of the Potsdam manufacturers Hermann Hoffbauer was built in 1996, was extended in 2004, 2009 and 2014. The hotel is situated right on the shore of the Templin lake and offers a safe and prestigious location on 365 days for recreation seekers, meeting and conference guests and for corporate events, family celebrations.

…since 1996 host on Potsdam’s most beautiful island

With the withdrawal of the Red Army from Germany one of the most beautiful parts of the Island Hermannswerder was free and is thus returned to the use of the Hoffbauer Foundation as the owner.

Burkhard Scholz acquired for the current INSELHOTEL plot a ground lease from the Hoffbauer Foundation and realized his dream of a 4-star hotel right on the shore of Lake Templin.
The foundation stone was laid on 3rd of March 1995, followed by the topping on 21st of July 1995 and the inauguration of the INSELHOTEL Potsdam on 10th of May 1996 to. Since then here welcomes guests from all parts of Germany and the world, highlighting again the comfort of the hotel, the monuments and natural beauties of Potsdam.

In summer 2004, an extension of INSELHOTEL Potsdam with the meeting and banquet center “Bellevue”, was opened, creating even better and new possibilities for your meetings or celebrations.

In the so-called “crisis year” 2009 enter the extension of the exclusive Seerestaurant with a large fireplace and a covered lakeside terrace as well the creation of the separate room Seerosenzimmer were realized.

The construction of the hotel-own marina could also be completed directly on the Hinterkappe of Lake Templin.

The newest addition is the Spa- & Wellnesscentre „Aquamarin“, which opened in late summer, 2014.
This new  Spa- & Wellness centre invites you to a relaxing stay with heated outdoor and indoor pool, a great fitness area with view on the Lake Templin, the sauna area with the swimming lake sauna, steam sauna and Finnish sauna, Ice fountain, warm seating bench, chimney lounge with wellness bar and sole chambre as well as the relaxing room Belvedere, nightingale relax room and in the summer in our outdoor area with our sun decks. 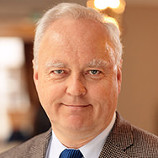 The INSELHOTEL Potsdam is recommended by 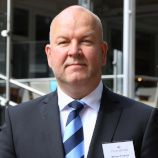 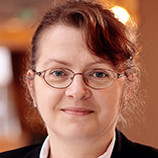 You are having questions regarding your booking? We are happy to assist. Please contact us!